Edward Daniel Davis was born in Thomasville, Georgia and moved to Florida at an early age. An author, educator and businessman, Mr. Davis was best known for his unyielding civil rights crusades that helped desegregate the University of Florida, raise the salary of black teachers to the level of whites and increase black voter registration. He was educated at Paine College in Augusta, Georgia and Northwestern and Columbia universities. He worked as a high school principal in St. Augustine, Tampa and Ocala from 1929 to 1942. He was fired as head of Howard Academy in Ocala in 1942 because he led the Florida State Teachers Association in a legal move to obtain equal pay for black instructors. Starting in 1949, he was instrumental in a nine-year fight that he called one of his “most frustrating experiences” to open the University of Florida School of Law to minority students. He founded the Florida Voters League, which was a key factor in black voter registrations, increasing from about 40,000 in the early 1960s to more than 300,000 in 1964. In 1978, he retired as president, yet remained board chairman, of the Central Life Insurance Company, the only black-owned insurance company in the state. In 1981, he published his book, A Half Century of Struggle for Freedom in Florida, a treatise on his civil rights battles. In 1986, he accepted the first Governor’s Distinguished Black Floridian Award at a Martin Luther King Jr. observance in St. Augustine, Florida. 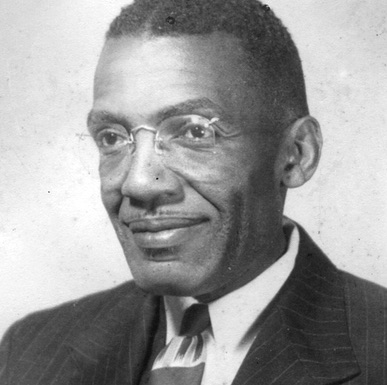